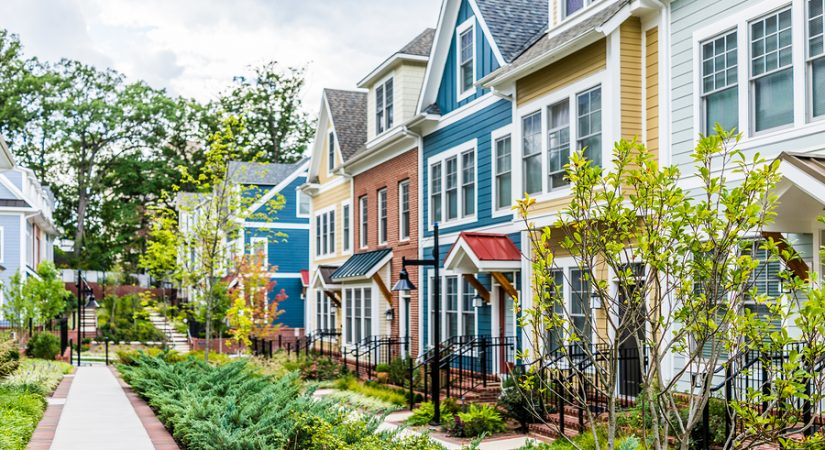 When we think about Spring, we often talk about the saying that the month of March comes in like a lion and goes out like a lamb when it comes to the weather. Yet March also showed that the real estate market for single-family homes became fierce this year, as buyers are flooding the neighborhoods snatching up the available housing inventory.

Duke Warner Realty compiled data about the Bend real estate market and found something amazing. The market started with 2.3 months of available inventory in March, matching the same inventory levels as in June 2013 and is one of the lowest marks in this region for the last 10 years. For March 2016, there were 185 sales conducted at the closing table. This number was significantly higher than February which closed out at 125 sales and March 2015 that showed 164 sales. 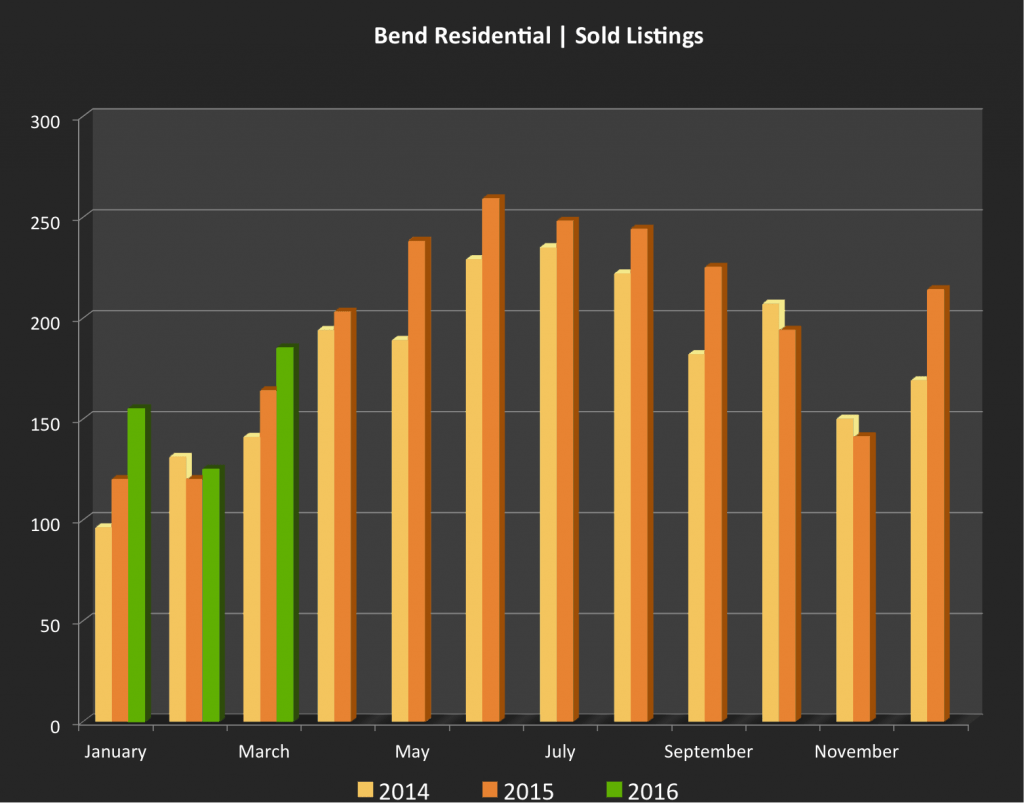 Sellers are not matching the enthusiasm showed by buyers.

While buyers are ready to place their money down on the table for new homes, sellers aren’t rolling out to place the For Sale signs in windows. There were only 383 active home listings in February and March. These numbers are down from the 401 active listings that were available last year.

Buyers aren’t slowing down despite the low inventory numbers. At the end of March, there were 276 sales pending, which is close to the same number of pending sales for March of last year at 278. Only the sales figures in March 2013 showed more than 200 pending sales (209) for the last ten years.

It doesn’t look like buyers will be slowing down with their home search as the weather improves. This circumstance leads to a tighter sales market with fewer active listings and an uptick in home prices. Looking back at March, this trend has already started.

2: Home inventory for prices at the $625,000 range and higher shows active listings of 120 available homes on April 1st. This larger inventory will allow buyers to shop and compare a variety of homes. Also in April, there were 85 active listings in the next desired price range of $325,000 to $425,000.

4: In the Bend region, the home market for properties priced at $225,000 or lower was almost nonexistent. Only eight homes were sold in March as 5 new listings showed up on the market at that price.

Having such comprehensive market data available allows home sellers and buyers to make the right choices for listing and buying homes in Bend, Oregon. Learn more about what Duke Warner Realty can do to help you navigate the real estate market by calling us at (541) 382-8262, following our Facebook page, or visiting dukewarner.com.

Next May House Trends Show a Lag for Available Inventory, Yet Remain Strong For Sales Numbers
X
View Details